Conferencing is one of the responsibilities of scientists. Next week The Joint Meeting of The Wildlife Society and The American Fisheries Society takes place in Reno, Nevada.  If you are attending, I assume you prepared an awesome presentation and are ready to stand and deliver.  But this will be a large conference with 5,000 in attendance AND up to 40 concurrent sessions each day.  It’s enough to aggravate even the most experienced conference attendee.  I offer some humble advice for you and in the process remind myself how to be prepared to get the most out of meeting attendance.

Ask yourself “What are my conference goals?”   These are personal and everyone works the conference in different ways.  Maybe your first priority goal is to meet Zeb Hogan, Host of National Geographic WILD’s Monster Fish television series, or Shane Patrick Mahoney, President and CEO of Conservation Visions, or J. Drew Lanham, Distinguished Professor at Clemson University.   If so, don’t miss their plenary talks  and make contact before the conference to see when you might be able to touch base.

Print and bring extra business cards.  This may seem old school but they are useful reminders that someone promised to send you their latest report.  Many exhibitors will take and scan your business card so you can be added to their mailing list.

Don’t miss out on the opportunity to network with those in attendance.   You need to know who will be in attendance.  If you just recently read a book by Scott Bonar, Jesse Trushenski, Zeb Hogan, Shane Patrick Mahoney, or Drew Lanham, bring your copy and ask for a signature.

Our career counselors always advise to “Dress for the job you want, not the job you have. Be sure you look good, feel good and are dressed to make a great first impression.”  I purchased two brand new shirts this week.

Create a personal “must do” schedule that reflects your conference goals. Get the meeting app installed on your mobile device now.    It contains maps of meeting venues, speaker list, abstracts, exhibitors, links to social media, and much more.

I can take my time before the conference to consider whether I will attend Laura Wildman’s The Dynamic Landscapes of Dam Removal - a View from Above or David Shiffman’s Publication is Just the Beginning: Using Science Communication Strategies to Make Your Research Matter.  These two talks conflict Tuesday morning.  But depending on which one I attend, I can contact the other presenter and meet at one of the many networking receptions.

Check in and dump the swag items back in your hotel room to lighten your load.

Bring a reusable drink container for coffee and/or water, notebook, pens, business cards, snacks, devices and chargers. I usually take both an iPad and paper notebook so I’m prepared for either to fail.

The Opening Night Networking Event will be held at the Reno-Sparks Convention Center.  Have a list of must-see contacts.   How will you know who is speaking?  Get the app.   Invite people to attend your presentation or poster and give you feedback.

Don’t miss the tradeshow—where there will be coffee during breaks and tables with all types of SWAG (=stuff we all get).

Attend the society business meeting.  Find out what your society leaders are doing and how you can serve.

Take a break to refresh.

Social media is changing the way we do science and that includes attending conferences (Ogden 2013; Collins et al. 2016).  Many science writers follow multiple platforms, including Twitter, Facebook, Instagram, and LinkedIn.  Writer and editor Robin Lloyd says “Twitter has become basically another major newspaper for me. A lot of science writers are on it, so it’s really a great place to develop relationships and see what’s going on in our field.  Don’t let anyone dismiss Twitter to you for that reason.  For our goal as science communicators, it’s massively important.” (Pinholster and Hamm 2013).  Even if you don’t consider yourself an influencer, you can start a conversation with a broader online audience.  Public outreach on social media may quickly lead you to become a “Nerd of Trust” among your personal network of friends and followers (McClain 2017).  If you plan to tweet, consider the ten simple rules for live tweeting at scientific conferences (Elkins and Perlstein 2014).   Many fish and wildlife professionals will not be in attendance and will appreciate following the happenings on social media. 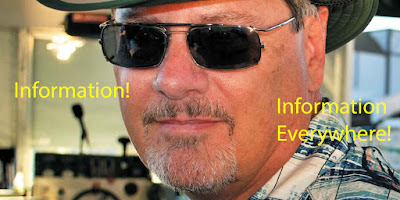 Continue the networking that you started.   Add information from business cards to your contacts list.  Follow up with people on promised leads and information.  Say thanks to those people you met who helped you learn something new and exciting.

Give away extra SWAG you brought home.  How many extra pens do your really need in that desk drawer?

Check the conference hashtags (#fishnwild #AFS149 #TWS2019) to find out what you missed.

Congratulate yourself on taking advantage of your networking and learning opportunities.

The Overfishing Problem, by Don Orth

When did our overfishing problems begin?  Hugo Grotius, a Dutch philosopher and jurist, proposed that in times of peace, high seas are open to all nations and may not be subjected to national sovereignty.  This “freedom of the seas” doctrine, first proposed as early as 1609, was eventually accepted among international freedoms, particularly laissez-faire economics in the 19thcentury.  The doctrine was vigorously supported by dominant powers at the time, especially Great Britain. In the late 19thcentury, fishermen and some fisheries biologists argued strongly against all restrictive measures on the basis of the inexhaustible nature of the fishery resources of the sea.  In 1883, Thomas Henry Huxley extended the thinking of the freedom of the seas to fisheries.

“I believe then, that the cod fishery, the herring fishery, the pilchard fishery, the mackerel fishery, and probably all the great sea fisheries, are inexhaustible… and any attempt to regulate these fisheries seems consequently, from the nature of the case, to be useless.”  Thomas Henry Huxley 1883.


If the overfishing problem did not exist, there would be no need for fisheries science to develop.   However, steam-powered trawling in the 1880's and improvements in trawling technology in the early 20thcentury had an enormous, unappreciated effect on the fishing capacity. Many fish stocks were in decline, and more boats and more fisherman were fishing harder for fewer and fewer fish.    North Sea government commissions began to collect fisheries data to deal with the overfishing problem by providing better numbers. Petersen (1900-1903) first developed an approach to estimate overfishing, which eventually led to important developments in fisheries science.  The first empirical evidence to support the overfishing problem was collected during World War I, during which fishing was sharply curtailed in European waters and exploited fish populations increased dramatically. Fish marking experiments initiated by Danish biologist C. G. J. Petersen and others further showed that fishing was a major cause of fish mortality in developed fisheries. At the same time, Heincke (1913) developed the first catch-curve approach to estimate mortality.  Huntsman (1944) defined the overfishing problem as the point “Where the take in proportion to the effort fails to yield a satisfactory living to the fisherman.” Eventually, fisheries scientists proposed a Great Law of Fishing -- “Fisheries that are unlimited become unprofitable.” Graham (1943).

“As we see, a picture is obtained which diverges radically from the hypothesis which has been favoured almost down to the present time, namely that the natural reserve of fish is an inviolable capital, of which the fishing industry must use only the interest, not touching the capital at all. Our theory says, on the contrary, that a fishery and a natural reserve of fish are incompatible, and that the exploitable stock of fish is a changeable quantity, which depends on the intensity of the fishery. The more fish we take from a body of water, the smaller is the basic stock remaining in it; and the less fish we take, the greater is the basic stock, approximating to the natural stock when the fishery approaches zero. Such is the nature of the matter.” Baranov, F. (1918, translated by W.E. Ricker 1945, mimeograph, cited in Gordon 1954).

Baranov’s seminal contribution was the solution to the catch equation.

Where C is annual catch, N is abundance, F is fishing mortality, and M is natural mortality.  Quinn (2003), in a review of fisheries models, writes that Baranov’s catch equation is “probably the most used in all of fisheries modeling.”

Unfortunately, what happened when we defined the overfishing problem and the Great Law of Fishing was not an end to overfishing.  Governments did initiate better data collection,  and scientists developed improved mathematical and statistical analysis. Many debates ensued over the relative importance of fishing and the environment in controlling population dynamics. The Thompson-Burkenroad debate on the Pacific Halibut is well documented (Skud 1975).  This career-time debate was eventually called a draw.  Skud's (1975) concluding sentence was “Until unknowns, particularly about growth and recruitment, are determined, one cannot properly credit the increase in abundance to either the management program or to fishery induced changes or to environmental effects.”  On the  Altantic coast, a similar debate ensured after the declines in Striped Bass in the 1970s and 1980s. Today, the Striped Bass stock is overfished and overfishing is occurring;  emergency regulations were imposed this summer.

"The trail of fishery science is strewn with the opinions of those who, while partly right, were wholly wrong."  Michael Graham, The Fish Gate (1943, p 129).

While managers were collected better data and scientists were debating, many governments made concerted efforts to increase fishing capacity. Catches rose from the 1950s to 1996 as fishing fleets expanded and discovered new fish stocks to exploit.


The rise in fishery yields did not continue and recent trends suggest we’ve maxed out global fishery yields. The increase in fishery yields is due to growth of aquaculture, which is now responsible for much of the world’s fishery yields.  In the last two decades, aquaculture was China’s fastest growing food sector  (Cao et al. 2015).  Many aquacultured species require formulated feeds, which include fishmeal from wild capture fisheries.  Today’s major debate is over the effect of the burgeoning aquaculture industry on wild fisheries. Are we overfishing forage fish to feed salmon, bass, and tuna in captivity? In 2016, 88 percent of the total fish production (151 million out of 171 million tonnes) was for direct human consumption. Overfishing is a direct threat to our capacity to feed ourselves. Plenty of problems may be added to overfishing problems, and they include many issues related to the poor numbers: unreported and illegal catches, bycatch, and inland fisheries (Pauly and Zeller 2016).  There will be no shortage of opportunities for those committed to studying the overfishing problems.

Posted by Donald Orth at 1:10 PM No comments: