The precautionary principle warns us not to make irreversible decisions. Yet building a dam proves to be an irreversible decision.  Someone else must deal with dam removal much later.    While dams provide services to our communities and economies, the average age of the 90,580 dams in the USA is 56 years.  Many billions of dollars are needed to repair aging and often high-hazard structures (Source).

When I first began studying rivers in the 1970s, the idea of removing dams for purposes aside from safety would be heresy. Yet, more than 1,200 dams have been removed, especially in the Northeast, Midwest, and Pacific Northwest USA (Bellmore et al. 2017).  More than half of these were demolished in the past decade!   Understanding the effects of dam removal is limited due to the rarity of before-and-after studies of biophysical responses.  Therefore, the responses to dam removal cannot be easily generalized.  Surprisingly, in a few cases, a new river channel stabilizes relatively quickly and may even approach pre-dam morphology (see e.g., East et al. 2015).  If you wish to examine dam removals in your region, review the American Rivers dam removal database.
Dam removal science relies on the study of basic river geomorphology and ecology.  However, fewer than 10% of dam removals have been scientifically evaluated (Bellmore et al. 2017; Foley et al. 2017) and few studies examine important linkages between the physical and ecological consequences. Gordon Grant, Research Hydrologist with the US Forest Service, says “You can take a dam out all at once, or you can take it out slowly, and the consequences for the way sediment is released are profoundly different depending on how you do it.”  (Oliver and Grant 2017).  Major uncertainties exist as to the (1) degree and rate of reservoir sediment erosion, (2) excessive channel incision upstream of reservoirs, (3) downstream sediment aggradation, (4) elevated downstream turbidity, (5) drawdown impacts on local water infrastructure, (6) colonization of reservoir sediments by nonnative plants, and (7) expansion of invasive fish. These uncertainties hinder the full application of dam removal as a stream restoration strategy (Tullos et al. 2016).  Removals of the 64-m-high Glines Canyon Dam and the 32-m-high Elwha Dam were well-studied.  Here, investigators revealed that mainstem riffles were restored to cobble dominance after sediment was released and transported through the system (Peters et al. 2017).

What’s happening in our local region? Unions and Simpkins Dam on the Patapsco River were removed in 2010 and removal of Bloede Dam, which is a complete barrier to upstream fish migration, is now underway (Harbold et al. 2015; Maryland DNR 2017).  These dam removals will provide an additional 65 miles of spawning habitat for blueback herring, alewife, American shad, hickory shad, and more than 183 miles for American eel in the Patapsco River watershed.

In Virginia, three dams were recently demolished after decades of planning and permitting.

Monumental Mills Dam, built in 1816 on the Hazel River, was the 17th dam removed in the Chesapeake Bay watershed of Virginia since 2004.  It is the most recent dam removal by the Department of Game and Inland Fisheries.

The Pigg River power dam removal was in the works for 13 years before its removal in 2016.  This dam removal is outside the Chesapeake Bay watershed and benefits the Endangered Roanoke Logperch Percina rex as well as local paddlers.
The Roanoke Logperch exists in five isolated tributaries and the Pigg River population may now be able to expand with the removal of the dam.  The Roanoke Logperch does not occupy the slow, silty habitats that existed upstream from the dam. These fish feed on benthic insects that exist in clean, well-scoured habitats.   To find their prey, they often use their pointed snout to dislodge and turn over pebbles, thereby exposing their prey.   To witness this unique feeding behavior, watch this underwater video taken by Derek Wheaton.

Jordan’s Point Dam, an historic cotton mill dam on the Maury River near Lexington, Virginia, may be next on the removal list. Jordan’s Point Dam poses  a drowning hazard and is a barrier for fish passage. Jordan’s Point Dam is owned by the City of Lexington ,which is liable for lawsuits and must pay for repairs.  Maintenance and repair costs are more expensive than dam removal.  In June, 2017, City Council voted to remove the dam.

Because dams change the landscape and waterscape in ways that may attract development, the removal of dams is often met with significant opposition.  This week the Millburnie Dam on the Neuse River, North Carolina, was removed.  Not all were in full agreement with the dam’s removal.   Dams create novel landscapes and waterscapes that in some cases is preferred by those growing up with the dam.  One planned Massachusett dam removal was halted as opposition grew.  One protester reflected that “You kill the dam, you are killing a part of me" (Fox et al. 2016).
Migratory fish benefit from dam removals.  The American Shad and Blueback Herring now use over 28 additional miles of the Rappahannock River after the Embrey Dam was removed in 2004. Furthermore, Hickory Shad, Alewife, and Striped Bass have been documented above the Embrey Dam site, and American Eel increased in the upper watershed.  Bosher Dam on the James River, built in 1840, may still be a bottleneck for American Shad passage even though a fish passage was constructed.
Dam removal trends are likely to continue as dams age and no longer serve original purposes.  Experience indicates that permitting requires work by numerous partners over a decade-long timeframe. The majority of US dam removals were privately owned, non-hydropower dams, which includes many investor-owned dams. Many of these were small and removal had minimal impacts, thereby allowing easier permitting under federal laws.  Other dams were authorized by legislative or executive actions, will prove more difficult to remove and removal will be subject to NEPA, ESA, and state water quality certification under the CWA.

FERC relicensing is an opportunity to analyze choices as the FPA (Energy Policy Act of 2005, Public Law 109-58 § 241) recognizes that dams have a finite, useful lifespan and should be operated under the public interest (Chaffin and Gosnell 2017). Hydroelectric project owners should request an alternative licensing process (ALP) when substantial opposition to dam relicensing indicates a lengthy, mediated conflict resolution that may lead to decommissioning.  As public opposition to existing dams builds, it is important that we systematically study the effects of dam removal.  Each dam removal is a different large-scale experiment. We need to learn from each one in order to fill the gaps in our science (see below).   Restoring free-flowing rivers provides many new opportunities for connecting our youth with freshwater habitats.

Can Weed Relieve Stress in Fish? By Don Orth

Aquaculture is the fastest growing sector in the world food market.  Like most of you, I love seafood and cannot get enough.  No matter how you raise fish in captivity, the cost of food, space, and time to harvest will all hike up the price.  Therefore, we are always looking at ways to decrease the space, food, and or the time to harvest.

If we decrease the space for fish they are over-crowded and that stresses the fish and deteriorates water quality.   So, “Dude! What can we do to alleviate stress in poor water quality conditions?”    What chemicals can we use for stress relief?  “Dude! Marijuana works for me!” replied an old pot head.  “Stress reduction is a nearly universal benefit of cannabis use” according to Cheech & Chong[1], many medical marijuana users, and astute readers of Leaf Science.  Any regular exposure to marijuana leads to increased appetite and weight gain.  “Well, duh” say Cheech & Chong.   “Stress reduction, increased appetite, and weight gain – let’s give the cultured fish reefer! That’s some heavy shit, dude.” 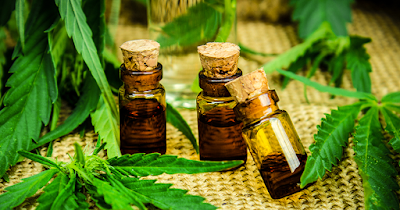 Patrick Saoud and associates in the American University of Beirut studied the effect of cannabis oil on growth and metabolism of tilapia.  I’m not making this up!  It was published September 26, 2017 in Aquaculture Research.  I don’t eat farm raised tilapia, I only care about the health and welfare of stoned tilapia fish.   In an eight-week experiment, Saoud and associates confirmed that cannibas extract increased metabolism and feed conversion with no effects on blood parameters.  But the stoned tilapia had reduced growth rate.  So much for that theory.   Saoud and associates concluded that “we do not believe fish should be given reefer.”

Clearly, Dave’s not here.  But dude, really.  I think Saoud and associates were missing the point.   Raise marijuana with the fishtank water as effluent!


[1] For those Millenials reading this, Cheech & Chong were a Grammy Award–winning comedy duo consisting of Richard "Cheech" Marin and Tommy Chong who found a wide audience for their stoner comedy routines in the 1970s.
Posted by Donald Orth at 7:59 AM 4 comments: